Pierre Chareau at the Jewish Museum

Late last fall, UOVO supported Pierre Chareau: Modern Architecture and Design at the Jewish Museum in New York, the first exhibition in the United States dedicated to the French architect and designer Pierre Chareau (1883–1950). UOVO’s fleet was dispatched to pick up works from all local lenders and bring them to the museum for display among other rare furniture, lighting fixtures, and interiors, as well as designs for the extraordinary Maison de Verre. The New York Times called the exhibition “a delightful, virtual-reality-enhanced examination of the designer’s work.”

The exhibition brought together 180 rarely-seen works from major public and private collections that have long been separated, such as this table. 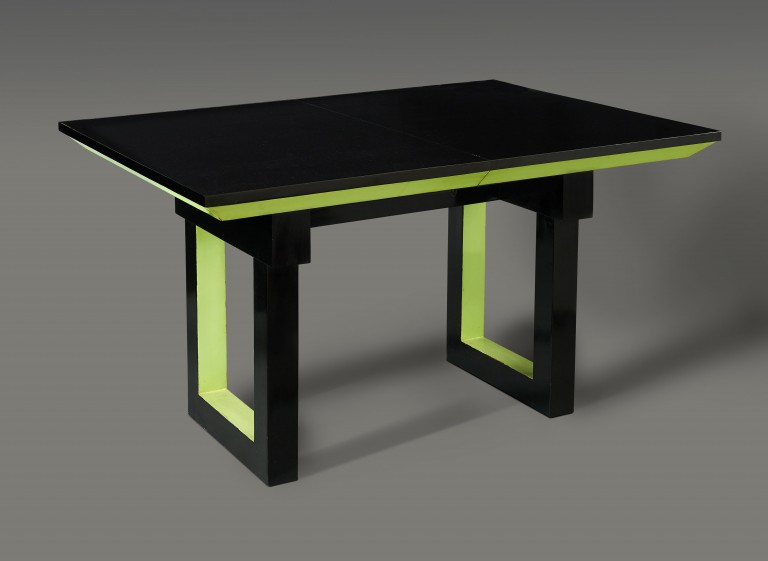 Around 1928, Chareau was commissioned by Georges and Julia Ullmann to design furniture for his Paris apartment including the matching bicolor credenza and table in lacquered wood, as well as a full bedroom set. The Ullmanns, who were Jewish, left Paris for New York during World War II and when Julia Ullmann died, the bedroom set was bequeathed to the Centre Pompidou. The table and credenza, however, were sold and dispersed: the credenza to the Miguel Saco Gallery and the table to the collection of Paolo and Maddalena Kind. They are now reunited for public viewing at the Jewish Museum.

UOVO’s founder, Steve Guttman, took a special interest in this show, both as a collector of design objects and as Chairman of the Centre Pompidou Foundation. “Pierre Chareau was a visionary in the fields of design and architecture, and he was a major influence on many important architects -his objects and use of materials were very cutting edge,” he explained. “His story and legacy is intimately tied to the time and place in which he was working – because of the war in Europe, his output was extremely limited. To see his work come together in a cohesive exhibition at the Jewish Museum is extraordinary.”

“Pierre Chareau: Modern Architecture and Design” is on display until March 26, 2017.